Next generation of text message marketing

Rich visual message marketing is overtaking everything and will not stop. It has conquered email, and is fast superseding SMS. It’s time to get Intouch. 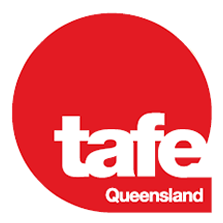 We live and breathe mobile

We are a highly motivated team. We have been in and around mobile messaging  for over 10 years always aiming to reset the bar. That’s why we were not satisfied with mobile engagement solutions designed for desktop and why we setout to build a totally mobile focussed customer engagement platform.

It’s not just us that want something different. The statistics are that over 90% of people prefer text contact with an organisation ahead of email or a phone call. Add to this, consumers  want to do more on the phone, they crave frictionless mobile simplicity and instant 2WAY exchanges. The more things we  can get done on our phone, the more time we have for our lives !

So, we’ve built a platform that allows for that. A complete and very easy to use set of features  that gives organizations total control of their mobile channel. The intouch platform is designed specifically to meet mobile customer needs. With intouch organisations can optimize every interaction with mobile customers by making things easy, frictionless, 1:1 personal, at scale.

The smartphone was always destined to be the preferred media.

As far back at 2011 our founders believed that whilst the industrialized world would become a multiple platform communication environment - the smartphone was destined to be the preferred media. MobileDigital has always focussed on mobile as the ultimate channel. The company designed and patented unique visual personalization processes and then integrated them with powerful set of mobile functions and users existing data management systems. The result is a  world leading platform organizations can use to take control of their mobile customer journeys and meet the ever increasing expectations of mobile consumers.

Driven by the best

Intouch has been designed and developed tested and refined from the users point of view. It is deliberately intuitive and is customisable at every level so that you can maximize results from your workflow and prioritize key metrics you are chasing.

We employ text technologies and a headless API integration architecture combined with our own patented processes. Easily integrate with industry leading CDP & CRM tech stacks and manage your data and security without development or skills investments.

We partner with only the best third party tools to make sure we deliver perfectly for core functions of the mobile handset.

Meet the team
behind the vision

Eibhlis Stuckey is an Electronics Engineer with an honours degree from University College Galway and over 20 years experience consulting on leading edge system design, architecture and managing dev teams at GE Capital & Halifax Bank in Scotland and then at eServe and Zurich Insurance in Australia. More often that not, Eibhlis is the smartest tech in the room. Her vision since founding the company has been that mobile would become the ultimate communication channel between organisation and stakeholder. Unafraid to swim against the tide, Eibhlis has backed the right technology platforms to put MobileDigital well ahead in delivering quality mobile customer experiences. Eibhlis has driven the development effort, as well as the design and architecture that supports the platform.

John Stuckey has a business degree from UTS Sydney and is a serial business builder. After leaving a successful sales career in IBM John has either founded, built or turned around seven (7) IT&T companies, including AAPTelecommunications, Connect.com.au, myInternet, a global agricultural distribution business and Comindico a $425 million start-up IP voice network. John joined Eibhlis in MobileDigital in 2015 when the business idea took hold and required advisers, a board structure, customers and investment. John has been responsible for securing MobileDigital’s new sales and ongoing account development. In the months ahead John will be spending his time supporting the new Australian sales structure, as well as ensuring PMF in the USA and securing MobileDigital’s first US clients.

Rupert has over 25 years experience in capital markets and private equity. Rupert is an experienced company director having served as independent non executive director or Chairman on numerous private companies and ASX listed organizations. The Company has been fortunate to secure Rupert as Chair and as a significant investor since April 2015. Rupert brings a wealth of experience to the team, and has been John’s mentor & friend since 1996

Christopher is an experienced non-executive director and former CEO. He has extensive international retail, digital and e-commerce experience. Christopher's 30-year career in retail and ecommerce has crossed public, private and start-up businesses in Europe, Asia, the United States of America and Australia. Christopher joined Richemont International ("Richemont") in 2002 where he headed up the textile businesses which included Chloe, Shanghai Tang, James Purdey and Son's, Old England and Hackett, as well as various group business development initiatives in Asia. In 2005 he was appointed CEO and Chairman of Alfred Dunhill Limited. Christopher also led Richemont's early investment in Net-a-Porter, joining its board in 2004. He stepped down from the board of Net-a-Porter in 2013.

After leaving Richemont in August 2013, Christopher relocated to Australia with his family and has been active as a non-executive director and investor in several Australian and international growth-focused businesses in Cosmetics, Skincare, Clothing and e-commerce. He currently serves as an NED for several companies including Woolworths SA, Medik8 and SQUIZ. Christopher has been an investor and NED of mobile digital since 2015.

"We have been so fortunate to have access to the expert team at MobileDigital and the amazing intouch SaaS platform. This channel was new to our marketing mix and with the guidance and generosity from the team, it has proved to be an effective way to not only fundraise but communicate with our community to offer support when they need it. The platform itself is easy to use and the integration with Canva has made my life easier and helped HeartKids deliver effective MMS campaigns. We are excited to see how using intouch can further grow our reach and engagement with our community. "

"Pet Circle has been working with Mobile Digital since 2017, they help us to deliver personalised text messages in a very efficient way! Besides that, their support has been always helpful, allowing us to expand our strategies and think outside the box!  I highly recommend MobileDigital."

"I have worked with MobileDigital's SaaS messaging platform since 2017. Their innovative technology empowers brands by allowing them to extend their experiences directly into the hands of customers - anywhere, anytime.  We were able to create distinctive and differentiated campaigns with high performing commercial outcomes. I have also run many, many campaigns and have always been blown away by how professional and reliable their team have been. I continue to recommend intouch to my extended professional network."

"Lite n’ Easy has been using the SMS and MMS services provided by intouch for critical customer communications for several years now and we have always found the platform to be affordable, reliable and very effective."

"MobileDigital is an organisation that is passionate about the power and potential of mobile messaging and the role it can play in providing the next generation of customer journey. I have followed their progress since becoming a client in 2015. The company continues to innovate and consistently deliver customer centric technology that allows you to maintain one-on-one relationships with thousands of customers. I think they will go a long way!"

See the power of intouch in action. Book a demo now!